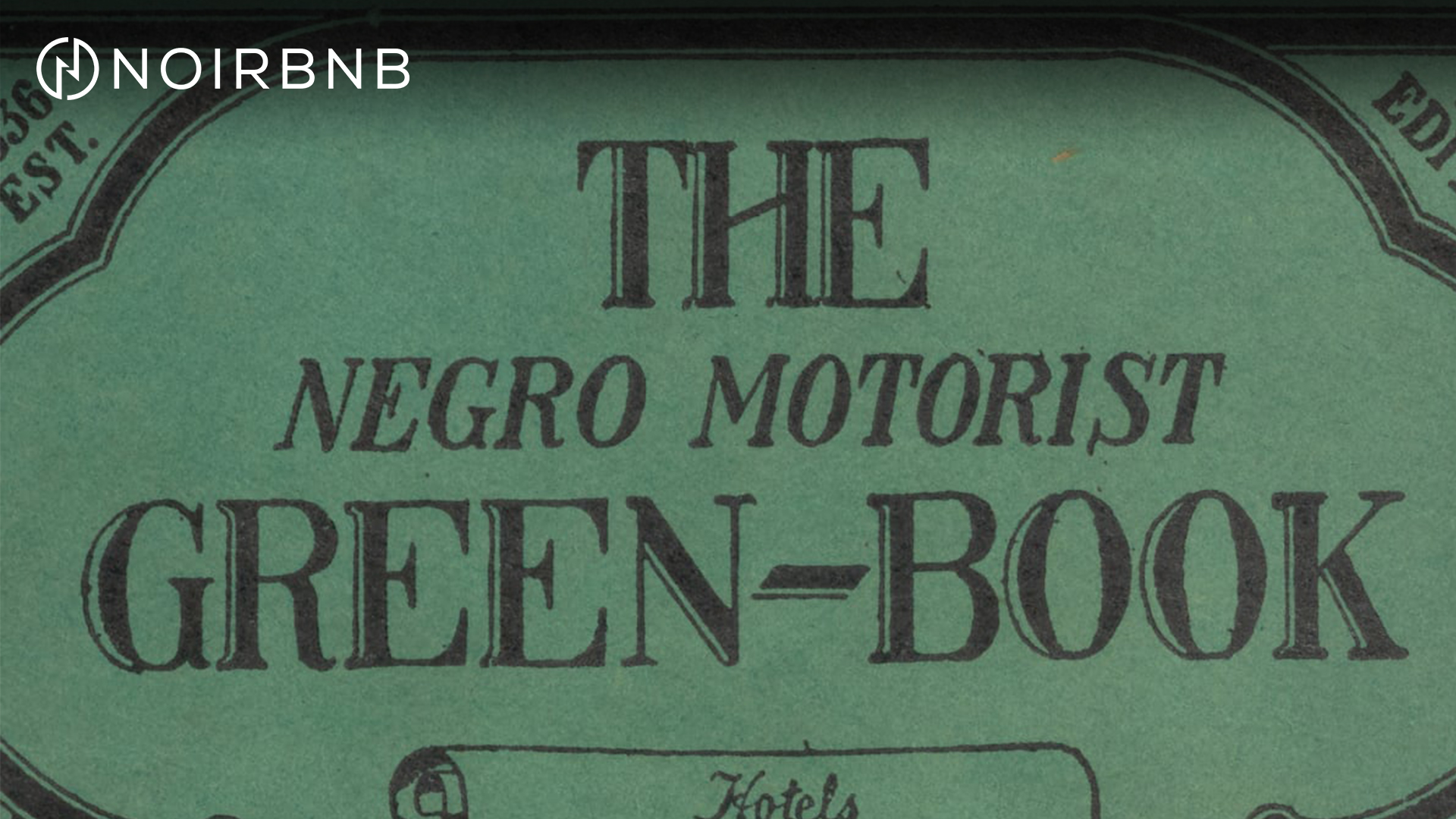 To be black means to risk danger whenever setting foot in public. The few safe spaces we have are countered by an ever-expanding incubator for racism. This makes travel—a liberty we should, in theory, feel safe exercising—a gamble. And this sobering reality is just another element of our history.

The phrase “open road” suggests freedom, autonomy, and independence. But for the first third of the 20th century, highways were merely large swaths of dangerous ground for black travelers. Avoiding unfriendly territory was essential to planning a trip because it was essential to survival. In 1936, a travel guide was published to address the threat of the unknown: The Negro Motorist Green Book. It was established by New York City mailman Victor Green after he and his wife, Alma, were subject to discrimination during a trip. Inspired to eliminate similar experiences for others, he filled Green Books with listings for restaurants, service stations, hotels, barber shops, and other businesses that welcomed blacks. Green published them annually—save for World War ll—until 1967, but their necessity dissipated after the Civil Rights Act was passed in 1964. (Green, who died in 1960, dreamed of a day when Green Books would be unnecessary.)

Still, the legacy lives on: in addition to saving lives, Green Books helped spark the black middle class and black entrepreneurship. So, as Noirbnb pushes forward with making travel a safe and beneficial experience for all, it would be remiss not to acknowledge the Green Book for forging a groundbreaking path to follow.

For all of the Green Book’s history, it wasn’t always (and still isn’t) widely known. Calvin A. Ramsey, a playwright and author, created the 2005 play The Green Book, which was later published as a book, the 2010 children’s book Ruth and the Green Book, and the documentary he’s currently working on titled The Green Book Chronicles. Ramsey, who resides in Harlem, was born in Baltimore, Maryland, and grew up in Roxboro, North Carolina. He was unaware of the Green Book during his youth, but recalls rarely stopping during trips between the two cities with his family growing up.

“Maybe for bathroom stops, but we’d mainly go into the woods,” Ramsey, now in his late 60s, explains. “And as far as food, we had our own. I remember sometimes we had our own gasoline in large containers in the trunk. It was to avoid contact with anyone on the road, and I think the grownups did that more for the children’s sake than their own.”

Self-preservation always had to be considered when traveling through areas where you didn’t know anyone. Ramsey adds that this was done as a safety precaution: “People knew each other [by] their last name In the little town where I grew up, but once you got on the open road, you were really a stranger.”

Although his early travel experiences were shaped by what motivated The Green Book, Ramsey didn’t encounter it until 2001 at the funeral for a friend’s son. “The grandfather came down to Atlanta from New York, and after the service, he mentioned that he was looking for a Green Book because it was his first time in the Deep South,” he remembers. “At the time, I was on the advisory board at Emory University, so I went over to the library there and they didn’t have any copies. So I went over to Atlanta University Center’s Robert W. Woodruff Library and they had two copies of the Green Book from two different years. But in all honesty, they didn’t know what the books were used for.”

After the September 11 attacks, Ramsey began thoroughly researching The Green Book. One treasure of his probe was learning about its effect on black entrepreneurship.

“Over 90 percent of the businesses in the Green Book are black-owned, which is very impressive,” he says. “Prior to the first book, black entrepreneurship was pretty rampant throughout the United States—especially in the South. Durham had more listings than any city in North Carolina. If you go across the country and look at Oklahoma where they had the uprising, there were also several listings. [There were] listings in Brooklyn and in New England. There weren’t just listings in the South because black folks could be found all over.”

Ramsey’s research led him to people who discovered that their relatives had listings—a revelation they derived immense pride from.

“I just came back from a speaking engagement in Niagara Falls, New York, and there was an attorney whose father owned a garage listed in The Green Book, and he didn’t know that,” he says. “He told me that when he saw that, he almost started crying. It’s like a badge of honor, because it wasn’t something everyone knew about.”

What’s more, The Green Book sought to turn these safe havens into a global community. Names and businesses were only included after black housewives gave permission and mailmen took the initiative to screen the businesses because, due to their acute awareness of location, held paramount everyone’s safety. This created a network that helped the black community develop upward mobility.

“I think The Green Book helped save lives, but also helped move people out of sharecropping situations into a middle class lifestyle where their children and grandchildren are the ones you see in corporate America today,” Ramsey explains. And this development was achieved by directing travelers to black businesses, which, as a result, stimulated black entrepreneurship.”

“I still think the business aspect of what we had back in the ‘30s, ‘40s, and ‘50s was from coming out of slavery,” Ramsey adds. “The black colleges that were founded, and the businesses that supported those colleges—the vendors and whatnot. And I think we need to go back to that, because [black businesses] were our backbone.”

This is an important value, because as much “progress” as we’ve seen, there are numerous societal ills (read: racism) that haven’t been erased in the years since Victor Green first published The Green Book. Black travelers may not experience it as overtly, but the threat lingers. It’s been coded and curtailed. As a result, Ramsey says, there’s a sense of awareness that can’t be left at home when traveling.

“We still look out for certain things; it’s in our DNA,” he says frankly. “For the generation over 55, I think that’s still in us. For younger people, they’re running into issues where they’re finding places where they still aren’t completely accepted or wanted. I think with Airbnb, people would book these places and then the police were called to investigate why they were there. I think they’ve tried to correct that, but it’s still out there. The same enemy still exists.”

That’s why platforms like Noirbnb are invaluable. Be it poor service or some other method of inferior treatment, no one should be subject to racist business practices—especially when traveling. Using The Green Book as a model, Noirbnb wants to build a community where all feel welcome sharing in the resources. Entrepreneurial spirit is a fire that burns unique within each individual, but many young black entrepreneurs in the hospitality business owe a debt to the precedent set by Victor Green.

Despite Green’s pioneering work, he remains largely overlooked within the annals of history. According to Ramsey, a number of factors could be responsible for his anonymity. “Maybe it’s because Victor Green was a black man who didn’t ask anyone for grants or help, he just stood on his own two feet and did it on his own time,” he suggests. “Maybe those are facts people don’t want to make well known. I’ve also heard that he hasn’t been discussed more because he went against the grain, and a guy like him was supposed to have simply been grateful for even having a job at the Post Office.”

Victor Green may not have received the credit he deserved while he was living, but interest in The Green Book keeps his efforts alive. Ramsey says a 25 cent Green Book sold for $22,500 at New York City’s Swann Galleries a few years ago, while another copy sold for $8,000 last year. The Negro Leagues Baseball Museum has a mimeographed copy of a Green Book used by the late Negro League legend Buck O’Neil. Ramsey describes it as so fragile that it can’t be touched, otherwise “the pages will fall out.” As more learn about The Green Book’s legacy, they learn about Green’s labor of love as well.

“We, as a people, didn’t know about him either,” Ramsey adds. “So maybe this all had to happen to inspire [your generation].” That means responsibility lies with the current—and subsequent—generation(s) of entrepreneurs to carry the baton Green ran with for decades.